The Huber Breaker is a haunting, illuminating place.

A breaker is a massive industrial machine, something like a Rube Goldberg machine, enclosed in steel and glass, and used to break chunks of coal into smaller pieces of varying sizes that can be sold as fuel on the open market. The Huber Breaker is 11 stories high, dark, abandoned, and laden with history of a kind many would like not to tell, and many others feel must be revealed. 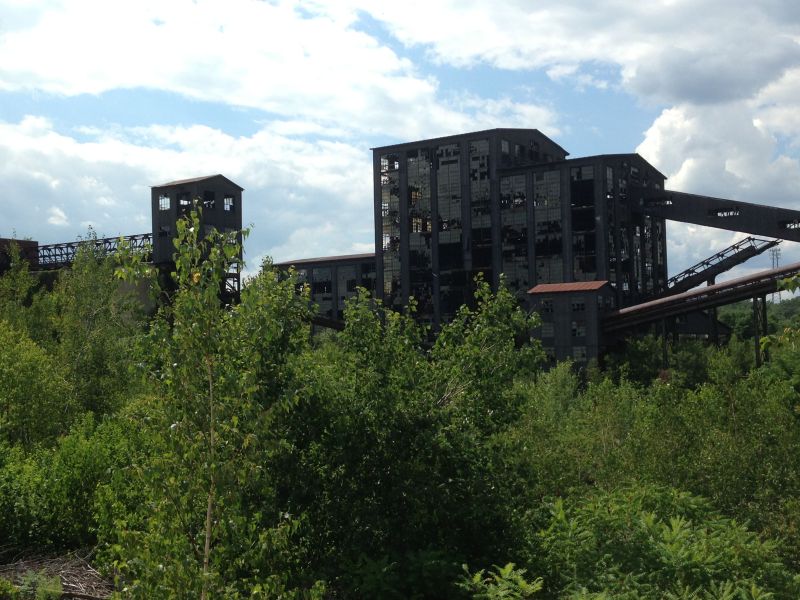 The great industrial hulks of the coal industry, like the Huber Breaker, served productive roles for driving economic progress and fueling the historical influence of the United States, economically and militarily. But in the process, many good people found themselves in working conditions that by today’s standards could be described as terrifying and inhumane. Children were often forced to work in the breakers, and injuries and deaths were common.

Even a brief visit to the Huber Breaker site is likely to create a sensation of uneasy confrontation with the past. We tend to feel that history belongs to those who lived it, that it is the past and that we have transcended its limitations and honored its virtues. But a place like the Huber Breaker warns us to stop and take stock. Our relationship to history is not so automatic. We need to be conscious of what came before, and situate ourselves.

At the Huber Breaker, we come face to face with a daunting, demanding and threatening, legacy, a place that treated human beings with general indifference, and that, while depending entirely on the best efforts of hardworking people, did not give back enough to warrant what those people gave. There is a legacy of near violent incongruity, the troubled tremulous energy of a time when people could not expect fairness.

It is a structure, and a space, a plot of land and a genuinely heavy machine, that is tied, irrevocably, to the condition and to the aspirations of a community. At no time was there universal support for what was being done at the Breaker, but in many ways, its function, its operation, its relevance to the wider world, infused the local community with its own relevance to the wider world, its own functional power, its own unique identity. 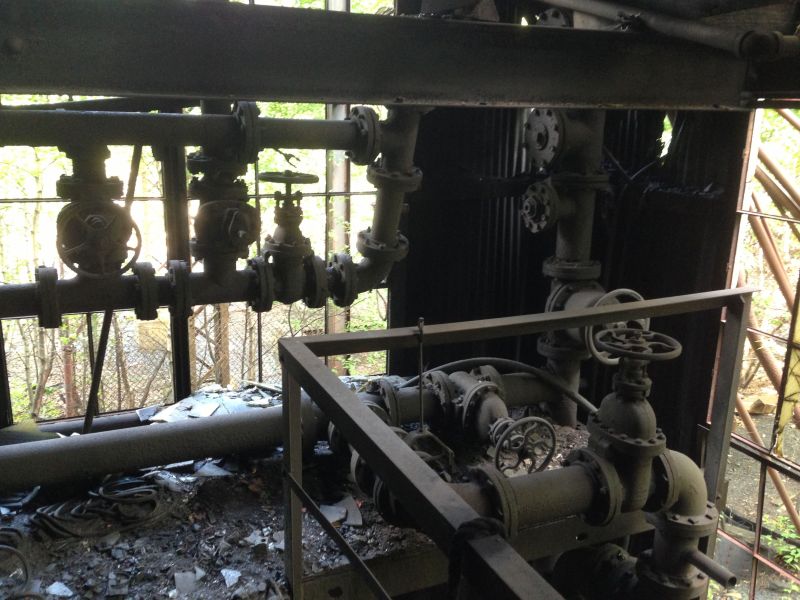 The outsider cannot forget these things. It is an awkward experience of historical envisioning, a kind of tightrope walk of interpretation and self-analysis, that necessarily follows: clearly, this was an important place, and there were many like it, across Pennsylvania, across the region, and across the country, and yet… something repels the newcomer; there is darkness, anguish, unrelenting precariousness.

It seems natural to stand appalled, stilled, in wonder, then to hope for something better, then to look at the logic of energy production, and ask if we can leave all things combustible behind us, for so many reasons. But one must also be careful not to devalue what took place here: real people gave the better part of their lives, and maybe many decades never lived, to the work they did here, and it mattered, and it gave us, in many ways, what we now inherit, the good and the bad. 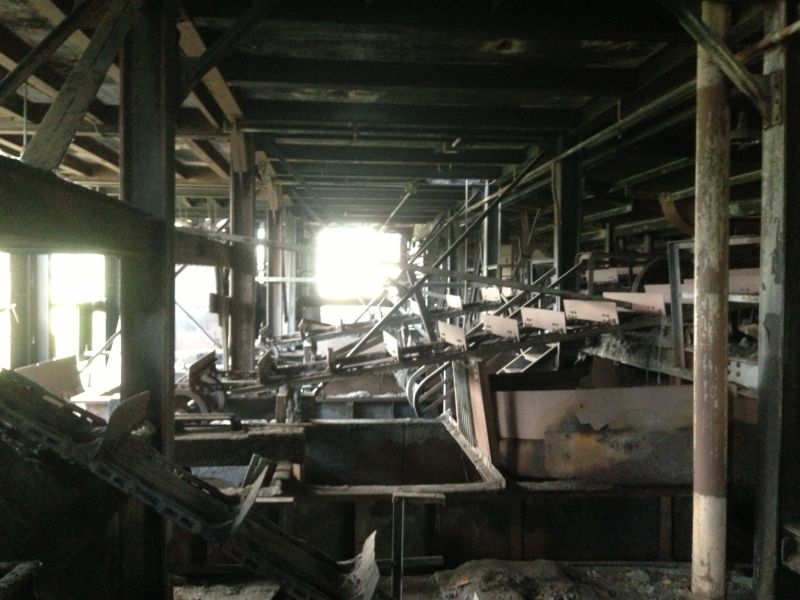 The work people did in the Breaker could be dangerous; it could be soul-crushing, but it was also a source of pride, for families, for the community and for a culture. That one suffers while toiling in thankless labor that most people will ultimately never know about is, in itself, a kind of noble sacrifice. That it takes one’s life, or many years that could have been, or so much that could have been otherwise, only makes the giving more grave and worthy.

After having spent time there, I feel an uneasy connection to that land: I know my own history is more complex than I had thought, that the culture I take to be my own is underpinned by other cultures and other histories about which I have not been thoughtful enough. I know that this place is, by its very persistence, a place for learning, and that it needs to be seen, felt and wondered at, with the deep sincerity we give to things that matter to us. 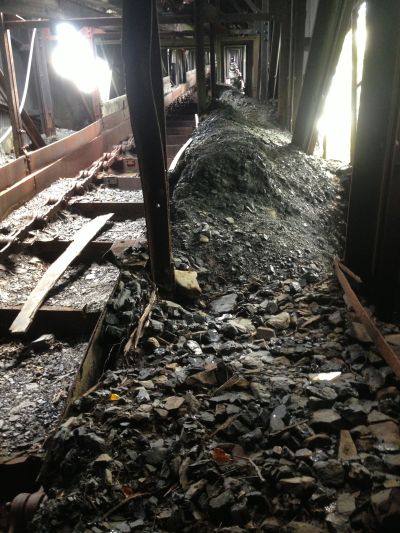 Though laced with the odor of soot, and fraught with serious physical dangers, the site is ultimately sacred earth, for what it produced, for what people gave there, and for what it can teach us about the complexity of human beings and the sometimes extreme things we do as if they were matters of fact of the everyday. It is sacred earth, because human beings gave up their souls to make it live and breathe and be of use.

For me, it seems obvious that this place must be preserved: shored up, restored and redesigned, to allow for tours and for educational initiatives. But that is no simple task. The land is part of a bankruptcy proceeding that might lead, this very week, to its being turned over to a new owner who could develop it into something entirely different.

It will be necessary to develop the property in such a way that it can be: 1) comprehensively environmentally remediated; 2) of use to the community and to those who would travel there; 3) financially viable over the long term.

So, some of us are now thinking about creative ways to re-envision the Breaker and the uses its land might be devoted to, to make the site a pioneering example of how to make the creative leap from the coal age into the age of abundant clean energy. We know, from extensive research, from the technologies that now exist, and from what must be done to clean up the soil, that we can transform a coal-focused rural community into a shining example of a collaborative full-spectrum commitment to engaging everywhere active natural efficiencies and democratizing our energy economy.

We can make the town of Ashley and the wider Wilkes-Barre community into a sustainably prosperous clean energy leader and center of innovation and education. We can transcend the crushing burden of finite, counter-to-life fuels and establish a smart strategy for living in mutual thriving with natural life supports.

The strategy is a Geoversiv strategy: rethink prior assumptions, look to the horizon, and examine the dynamics of relevant paradigms, so we can see over the horizon, and envision a more resilient, more sustainable model, rooted in the most intelligent possible engagement with nature’s everywhere active efficiencies and superabundant renewable energy reserves. 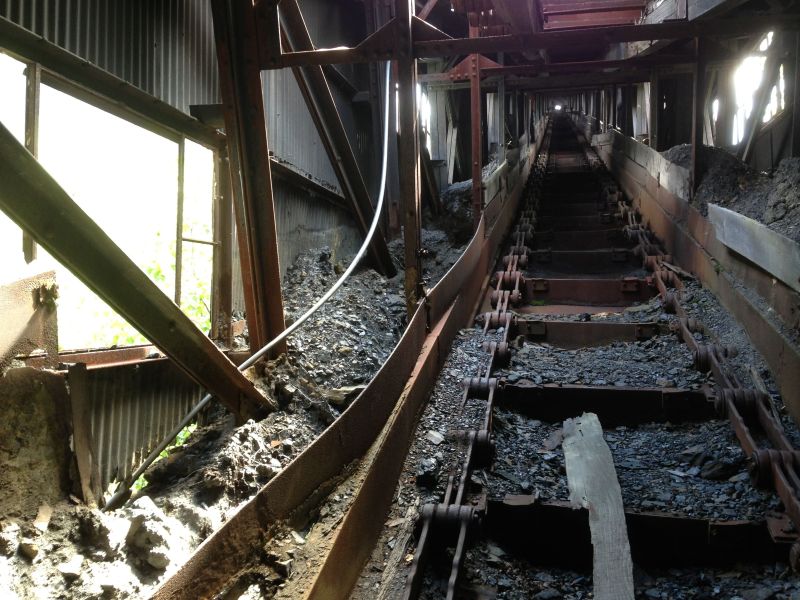 Now, as the preservation effort presses on, and some of the best minds in environmental remediation continue to work to clean up Pennsylvania’s waterways, and a new feature-length documentary continues filming and production, a group of us will be putting together a comprehensive smart (structural, economic and environmental) resiliency strategy for the Huber Breaker, in hopes that we can do more than save the structure.

Design for a Living Future

The goal will be to create a site that acts as a center for historical education, creates clean, renewable fuels, attracts investment and innovation for the creation of new technologies, and serves as a center of learning for creatives who are working to build a more democratic, more robust, dynamic and decentralized future energy economy, and by doing all of this, bring sustainable prosperity to Ashley and the surrounding community.

Our Living Future Strategies critical pathway planning effort got underway, partly as a result of the work we did brainstorming the regeneration of this site, with the aim of both telling the history and forging a future in which this town and its people could once again be part of a vibrant and innovative energy economy. With three levels of Living Future Strategies, we now aim to help institutions, businesses, and communities, find their footing in what will eventually be a full-spectrum transition to a generative future economy.

The Breaker goes down, but history lives on

UPDATE, March 19, 2015—The Huber Breaker was sold, after a lengthy and controversial bankruptcy proceeding, to a company from Philadelphia that intended to scrap the structure and repurpose the land for commercial use. The building was demolished, and there is ongoing concern as to whether adequate precautions were taken to prevent toxic dust from being strewn over the local community in the wake of the demolition. 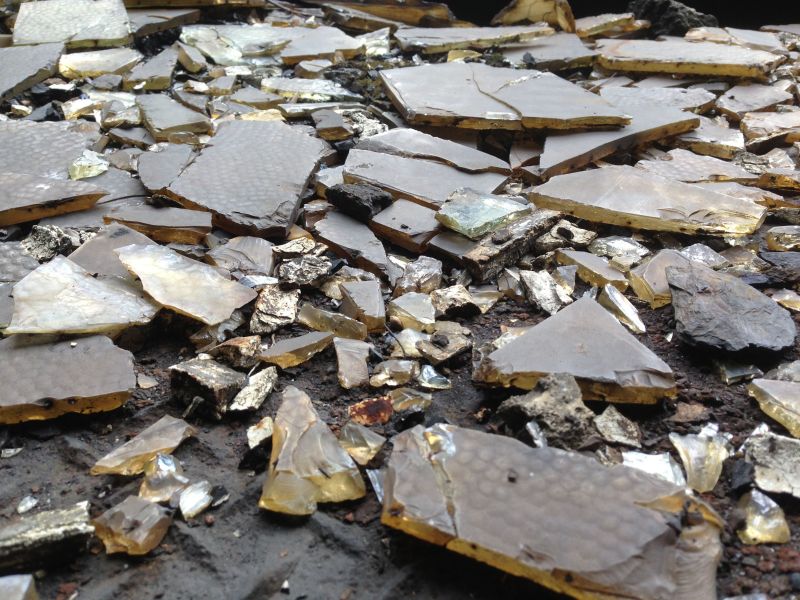 Though the Breaker was demolished, the potential for a visionary repurposing of the land remains; the site is one of thousands across the US that could be remediated through a combined project of future research and historical education, drawing resources from universities, corporations, the public sector, and visitors. It is our hope that the new owners will work with the courts and the people of Ashley to fully remediate the Breaker site and spark a generative and dynamic economic future for the community and the region.